The Future of Cinemachine


In the early days of this blog I wrote about whatever I felt like, categorically and by topic. These topics were to my recollection mostly odd subgenres, compelling figures in film and the occasional news item.


I switched to reviews of each film I saw. This has been fun and challenging and has changed the way I watch movies. The posts have gotten longer even on films which I had less to say. My last two reviews, Black Swan and Expendables, have really been the only off-the-cuff undrafted reviews in a long time and got me to thinking.


I would like to announce that this blog will be returning to articles rather than reviews, and in longer essay form. These essays are tentatively about trash movies and will feature a lot more photo-analysis of scenes and images in addition to lengthy text. This will give the blog a bit more of a thematic focus as my interests are centered around the low arts of exploitation.


I know, who doesn't devote their movie blog to sex and horror already? Armond White is entirely accurate in his damnation of the Internet's influence on thoughtful film criticism, and Ivan Brunetti predicted in a cartoon that popular culture will devolve our intelligentsia into an atrophied, degenerate circle teaches courses on "TV's wacky neighbors as reflections on mores of a shifting zeitgest." Patton Oswalt recently wrote an important article for Wired lamenting among things the current crop of nerds weakened by easy access to their obscure tastes.


Trash movie criticism has come a long way since Joe Bob Briggs, Carol J. Clover and The Psychotronic Guide. On some level it's not as vital to devote serious thought to the sci-fi/horror/fantasy genres, especially when they've seeped into the mainstream. However, the mainstream does not know what to do with them. The exploitation era of movies which ended in my estimation around the mid 1990s was one of purer entertainment - raw, visceral, independent - and still has the most to offer movie lovers. The continuing discovery of forgotten cult treasures like Hausu and Joysticks are as valuable to us as Greek antiquity was to the Romans.


There are two kinds of online writing about movies. Pea-brained fan gibberish, as Armond White put it - or earnest, informed criticism and appraisal from a precious few websites like Slant Magazine and bloggers like my colleagues Andrew and JR with whom I am very proud to associate in film appreciation. I'll veer to the latter company and at least keep my own myopic fascination with fun junk literately articulated.


Thanks to subscribers and regulars for tuning in. 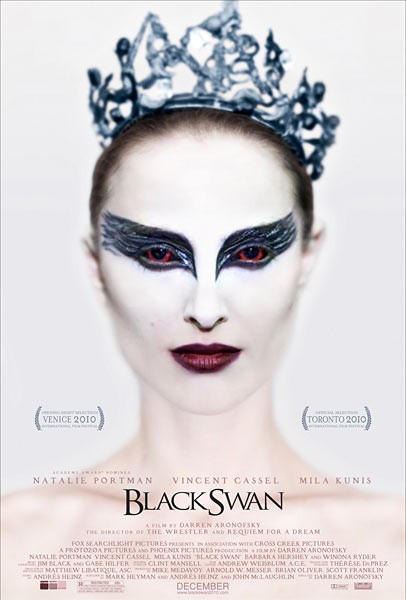 Black Swan is indicative of a major problem in post-New Hollywood era Hollywood movies; there are less and less stories about people who work very hard to accomplish something without also losing their souls in the process. The bias toward countercultural antiheroes in place of those who believe in the social contract doesn't leave room for a lot of heroic stories about doctors or lawyers, for instance, unless they're somehow "fighting the system." In the realm of the arts, where post-boomerdom has prized bacchanalia as a prerequisite for uninhibited creativity, our heroes are drunks and drug addicts and pansexuals who find their voice by losing their minds. Natalie Portman's character is told early on by her pimplike director that her years of chaste, sober study of ballet are not enough to succeed: she must find her dark side to play the part. She does so through lesbianism, drugs and drink, while her mind begins to slip away - not as a result of those activities, but because her monastic life up until this point has been so repressive, or something. By literally going crazy, she achieves artistic fulfillment.
This is a typical story not only for reenforcing countercultural establishment myths about art but the triangle created between Portman, Mila Kunis as her ambiguously deceptive friend and rival, and the ballet's director Vincent Cassel, all three of whom give good performances. The backstage drama between the women, with its themes of competition and age, recalls All About Eve and Showgirls. The script allows for sophistication only from Cassel while the women gaze wide eyed at him with fear and hope and attraction, which is rather the point and thus suitable. Kunis plays the whorish one well although its highly unlikely in real life that a professional ballerina with large visible tattoos would be employed. Portman is well suited as a solitudinous central character as her peaked eyes invite empathy throughout her silence.
Aronofsky's healthy interest in singleminded protagonists unfortunately impasses with his trademark freakout shtick which has become art house cliche since Requiem For a Dream and condemns Black Swan to trite sensationalism. Watch, won't you, as poor Portman loses her mind? In shock moments whose special effects are alternately disturbing (broken legs) and cornball beyond belief (paintings coming to life) we have our silent empathy with Portman turned against us. Which is a shame, since her journey until that point is a refreshingly rare acting job of restraint and quiet intensity. When she loses her mind, there's nothing we haven't seen before. When Aronofsky makes us guess as to whether what's happening is in her imagination or not, she becomes a cipher for his predictable escalation of gimmicky directorial tricks.
The first half of the film is not rendered completely worthless by the second. A far better film about metaphorically and literally "losing yourself in the part" as performers like to put it is David Lynch's masterful and criminally unacknowledged Inland Empire (2006). Unlike Aronofsky, Lynch has the courage to place his audience directly inside the head of his schizophrenic actress protagonist Laura Dern, with no horror movie chair-jumpers to distance us from the madness. When Dern goes nuts, we see through her eyes for the next two and a half hours as the world stops making sense. Lynch tries to be a genuine empath to his women. Aronofsky would rather you squirm watching Portman's fingernails crack and bleed.
Posted by Unknown at 12:56 AM 2 comments: 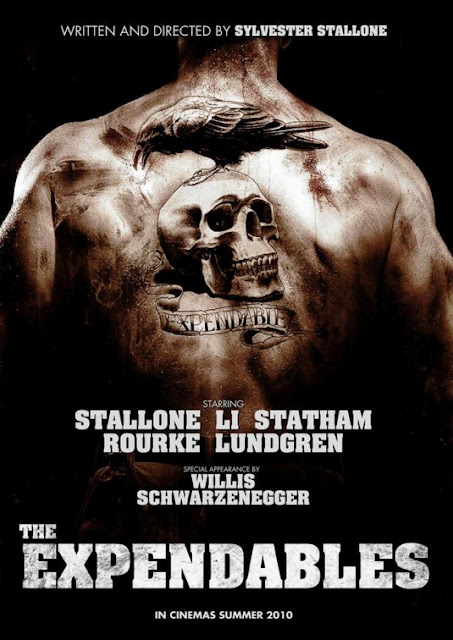