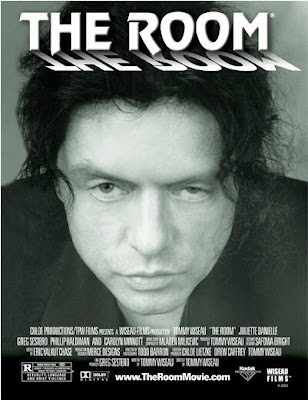 I was privy to a screening of the first (and probably the only) episode of The Neighbors. A friend had gotten word that it would be streaming online for a certain time on a certain night, and we all anxiously crowded around the computer to watch. To no one's surprise, it was awful, but the worst part was that it wasn't funny in the slightest. It all took place in one room (surprise) with characters drifting in and out to have inane conversations with Tommy. All the very same atrocious acting, directing, scriptwriting, and production values weren't enough to create the laugh-a-minute spectacle we all know and love. The Room is truly special!