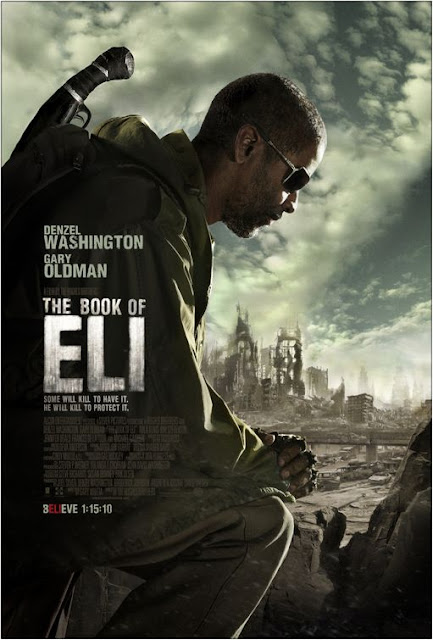 Hey what about the not so subtle analogy of the Denzel character to that original blind warrior, Zatoichi? Just asking!

You're right, I know of Zatoichi but didn't recognize that was one more theft in the mix. At least it's not revealed until the very end, as a twist. My first reaction to it was that his abilities in spite of blindness were just as divinely miraculous as taking a bullet to the stomach without bleeding to death.

If I were to see a Zatoichi movie, which one should I start with?

What's the rip from 6 String Samurai?

The appearance of a folksy, down-home cannibal family - in Eli's case, just a husband and wife, but the joke is almost the same.